We bet you didn’t know about the range of driving offences you are committing every day. When you pass your test the first thing you want to do is just drive, many of us don’t take the time to read the highway code properly nor research driving laws. We are blissfully unaware of the crimes we could be committing with our daily driving.

What driving offences are you comitting

There is a range of driving offences we are unaware of that could get us in trouble with law enforcement. It’s always important that your aware of them but many are not spoken about. The last thing you want is to do something to have a warning from police.

Unfortunately, over time you might find yourself in a rather tricky situation where someone has cut you up, tried to overtake you when it’s not safe to do so, or they have almost caused a serious accident. When at the moment you can feel heated and more often than not we seem to get serious road rage. Not always but some people tend to use inappropriate hand signals and profanity, many road users don’t realise its illegal to do so. Just because you are behind the wheel it doesn’t mean you are exempt from disorderly behaviour; you could find yourself potentially receiving a fine of up to 75% of your weekly income. With a rather large fine, it might make you think again about how you react to a situation.

Many of you may know it is now illegal for you to be on the phone while driving. Unless your phone is in a fixed cradle and remains untouched while your engine is on you are allowed to have your phone working with a sat nav. Something you may not have known is a lot of us love a drive-through takeaway whether its Mcdonalds or Starbucks. But what people do not realise is the no phones law still applies. A lot of people use their Apple Pay to save them fumbling around looking for their cards, however, if caught using your phone to pay when at a drive through you could receive a £200 fine and up to 6 points on your licence.

Have you ever been on a long car journey and really felt like a little snack would be the perfect solution to your rumbling stomach. Bet you didn’t know that eating, drinking, applying makeup (even chapstick), changing a CD while driving is illegal. It is usually classed as driving without due care if a police officer feels you are not giving the road your full attention you can receive £100 fine and a whopping 3-9 points on your licence. You may think twice about eating that packet of crisps or putting some lippy on when driving. 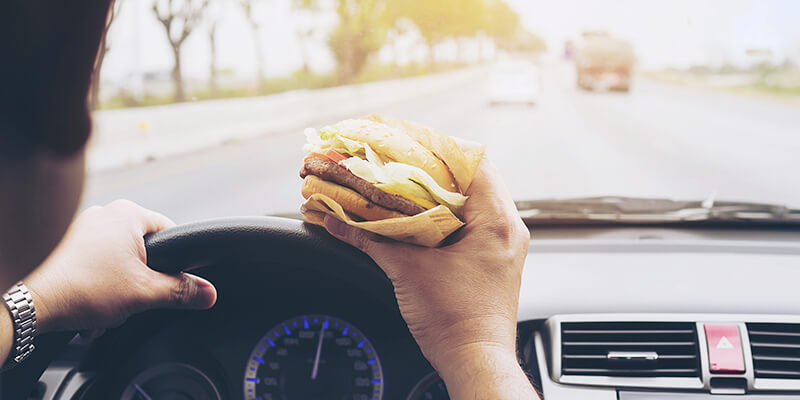 The most infuriating driving you might experience is someone driving 30 in a 60 for no reason. There may be circumstances that call for slow driving such as towing something or if your boot is tied open and you don’t want anything to fall out and become a danger. Joining the motorway can be tricky as well as scary if its something you’re not used to trying to get onto a motorway with cars driving at speed isn’t always easy. However, by joining a motorway slowly, you are actually causing a hazard. You are always supposed to check the traffic on the motorway and match the speed when joining. If the vehicles already on the motorway are driving at speed and you pull in front of the car while driving at a lower speed, you could cause a serious collision. If you do drive to slow the police might stop you, you could receive anything from a verbal warning up to 9 points on your licence.

Driving with impaired vision isn’t only a danger to yourself and those in the car but also to other road users. This can be caused by a variety of things such as snow, ice or dirt on the windscreen. We recently came across a vehicle that had a minor accident, and their bumper had crumpled ever so slightly but could no longer open their bonnet. They were lucky not to get pulled over as they are now unable to check the vehicle’s fluids. After having their minor crash repair they can now ensure their vision is no longer impaired. Failing to remove dirt, ice or thick snow from your windshield can result in a £60 fine and 3 points on your licence. 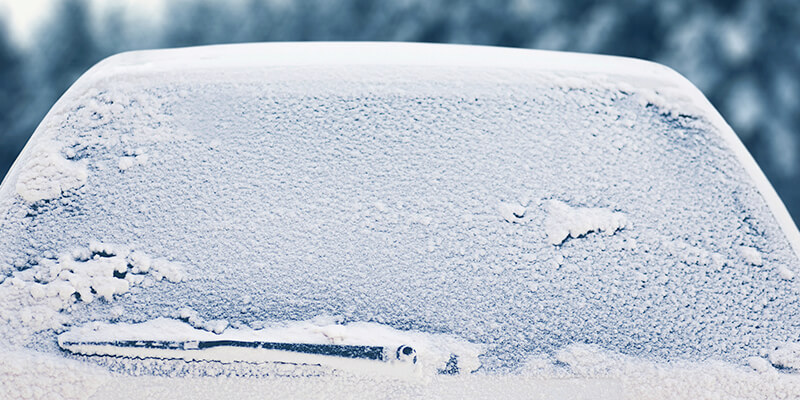 If you have an old banger, the likelihood of you playing your music fairly loud is probably more likely than not. If you are playing your music too loud, it could be seen as a distraction. While it isn’t one of the most severe offences, you can still receive a verbal warning from an officer of the law. If you are not taking care of the situation, you could also find your car can be seized.

Road rage is one of those things that sometimes you can’t help but get angry or annoyed at other road users. However, you can pay a high price for making rude gestures or shouting profanity at other drivers. Mobile users are now being caught a lot more as the law is now cracking down on those who use their phones while driving. Don’t use your phone at a drive through if you know you are going to use one you should make sure your card or cash is readily available. It goes without saying eating is one of our main priorities at times especially when on long car journeys, but what we don’t realise is how much it can affect our ability to stay concentrated on the road. Driving to slow can hinder other road users and can be dangerous at times. We always recommend you take time to read the highway code and other road laws, so you are not caught committing any driving offences.