How to drive safely down a country road

Country roads account for almost half of the roads in the UK. However, can sometimes be some of the most dangerous roads for drivers. There are a few things you should take into consideration before tackling the UK’s largest country road.

Making sure you and other road users are safe on country roads shouldn’t be a tricky task. So follow these top pointers on staying safe during your journey…

You can never know what is going to happen on a country road, and should never expect your journey to be a smooth ride. Many country roads in the UK consist of tight bends, one-way bridges, blind spots, dips in the road, hedges and trees. All of the above means that as a driver you need to pay a great deal of attention to the road itself and things that can crop up unexpectantly.

As we previously mentioned when driving through country roads you can experience a vast amount of tight bends which require you to slow down dramatically before turning. While us guys here at Unit18 Automotive know how to drive around a track we are not telling you to take the race driver mantra, instead you simply want to brake a fair amount before going into a bend allowing your vehicle to accelerate at a quicker rate, it will also cause less damage to your vehicle.

3. Don’t forget to look at your Sat Nav

If you have a navigation tool fitted to your car or have a stand-alone device, we highly recommend taking a glance to see what the road is like ahead of you. If you do not have a sat nav and would like to know more about them we suggest taking a read of Deutsch Tech’s article on All you need to know about sat nav systems. If you are using a simple application Deutsch Tech also provides a range of application which will get you to your destination much quicker. 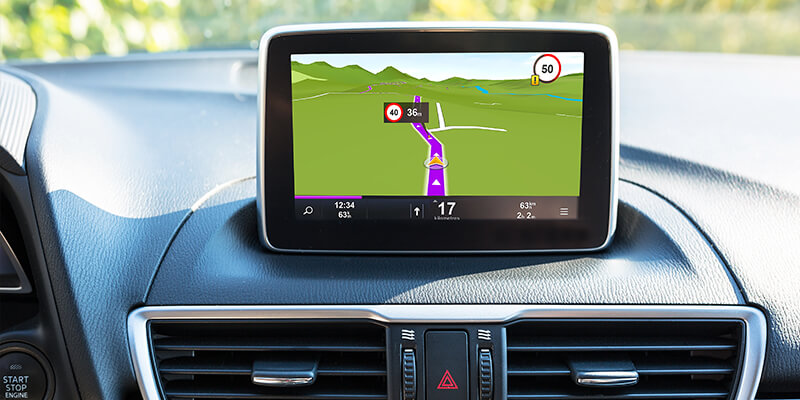 While most country roads have national speed limits other will have an assigned speed limit due to its location, type of road or whether it goes through a residential area. It is crucial you keep to the speed suggested or below it. Also, just because there is a speed limit where you do not always have to drive as fast as the speed limit allows, posted speed limits can often be deceptive especially when there are changes in the road. Make sure to assess whether you are driving at the right speed or if you should be slowing down in certain areas.

Unfortunately, not all country roads are tended to regularly by the council which means many are riddled with potholes, which if driven over at high speed can significantly damage your car which can result in your vehicle needing car wheel alignment in Milton Keynes. During the winter months, another thing to keep clear of is black ice or large patches of ice on the road. If tackled at speed you could find yourself in a serious accident, so it is important to have your car service in Milton Keynes and the tyres changed before they start to bald to much.

Water can also be another thing to look out for, unlike roads in built-up areas, country roads do not have the same irrigation systems. Therefore water tends to build upon the road rather than draining away. If you do not have enough tread on your tyres you could potentially hydroplane, so like we said earlier be careful with your speed.

One thing many people tend to forget about when driving on country roads is they are often used by tractors. It usually is not normally a problem as other drivers will often overtake, but this is where you have to be careful.

Do not recklessly overtake, you have to remember there are drivers coming in the opposite direction which can cause a head-on collision. Another aspect to think about is the width of the road, a fair few country roads can be narrow and overtaking isn’t an option, so be patient rather than damaging your car to overtake it. Tractors are often aware of other people on the road and will move over when it is safe to do so to let drivers passed. 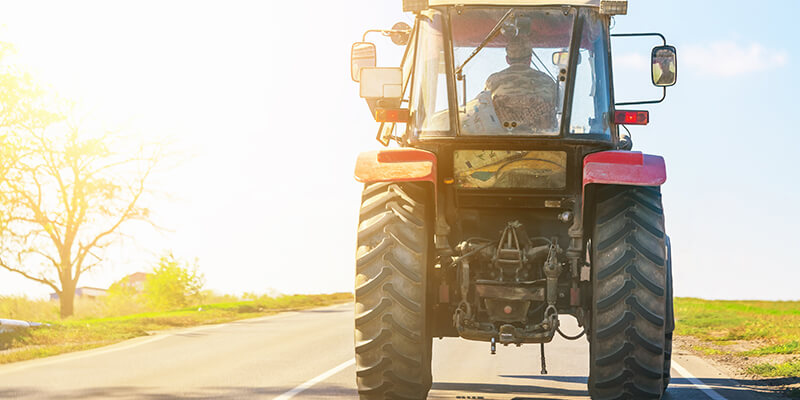 There are a couple of other things you may encounter during your journey on a country road and these include cyclists and horse riders. Compared to the metal tin you are sat in they are much more vulnerable and exposed to injury, so you should always take extra care when overtaking them. Check out the best ways to overtake a cyclist by giving our other article a read: Road safety you need to know about cyclists.

Horses are slightly different, they can be easily spooked, so it is strongly advised you drive a lot slower when passing them. Do not do anything to startle them such as honking the horn or revving loudly. Not only are you putting the horse in danger but also the rider, so its best to take extra care.

During your journeys, you will often encounter villages, which usually have speed restrictions along with traffic calming measures. Make sure when driving through a residential area you are sticking to the speed limit especially when it comes to school areas.

Small animals or even large ones can sometimes unexpectedly appear on the road ahead. You need to make sure you have your wits about you and are ready to slow down or suddenly come to a holt. 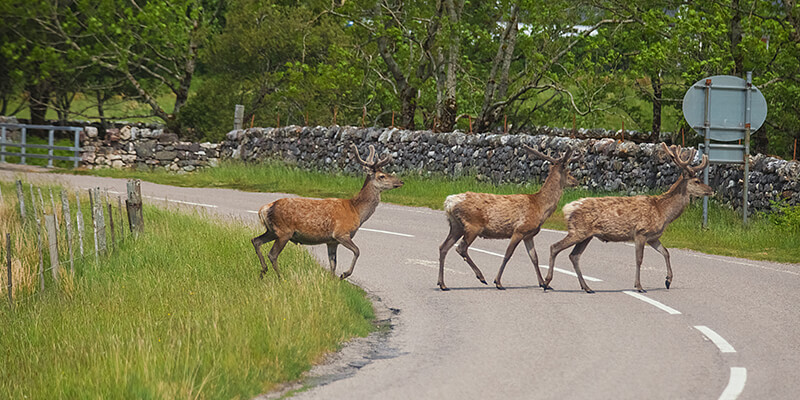 Why take care of country roads

Driving down country roads is not difficult it just calls for your attention. You must be a lot more vigilant as there are many unexpected hazards which can crop up during your journey. By following our top tips we are sure you and other road users will be safe at all times.

How To Keep Your Car Cool

With heatwaves sweeping the nation this summer, knowing how to keep yo...

How To Make Your Car Fuel Efficient

While in the past, owning a car was seen as a luxury, it has now quick...