We Are Open As Usual & Taking Bookings

The team at Unit18 are pleased to announce that we are open and are taking bookings. We have ensured that strict precautions have been implemented to protect against COVID-19. There will also now be a collection and delivery service available for those unable to travel to our premises. For our latest update, take a look at our latest post. Alternatively, if you would like to book your vehicle in, please submit the contact form below, and we will be in contact as soon as possible.

Road Safety – All You Need To Know About Cyclists

How do you feel when you are faced with the task of overtaking a cyclist while behind the wheel? Do you feel confident or do you experience a sudden rush of nerves and panic?

It is thought that almost half of drivers in Britain admit that they feel somewhat anxious when they notice a cyclist ahead of them, particularly when they have no other choice but to overtake. With this in mind along with the growing ‘keep fit’ craze, it has become more important than ever to take time to understand key road safety tips when it comes to both cyclists and motorcyclists.

ROAD SAFETY FOR MOTORISTS AND CYCLISTS

No matter whether you are a driver, cyclist or motorcyclist, you are all active road users, which means that it is imperative to know how to work together, so everyone remains safe.

It is understandable that both drivers and cyclists may be slightly dubious about sharing the roads with each other. Many people agree that they have been put off cycling as they do not want to cycle through traffic and are also unsure of how drivers around them will react. They are afraid of drivers becoming a little too close when passing. On the other hand, a considerable percentage of drivers, as mentioned previously, admit they are never quite sure what to do when passing cyclists and worry that they may become either too close to the cyclist, or ongoing traffic.

Nevertheless, there are many different handy tips that, if kept in mind, will help with those who cycle and those who drive to feel confident when sharing the road. 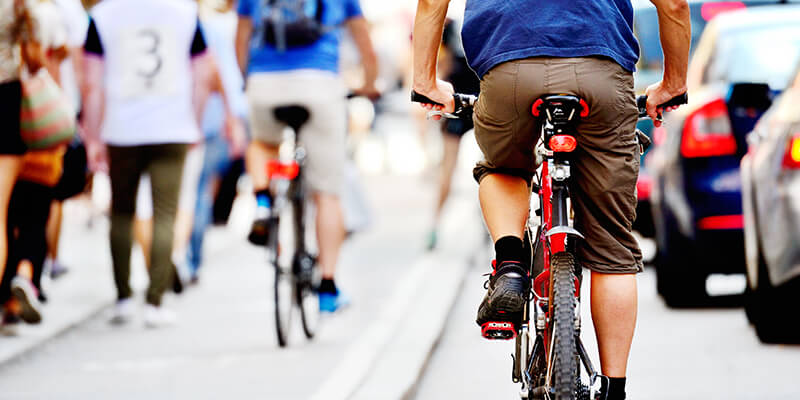 WHAT DO I NEED TO KNOW ABOUT CYCLISTS?

First things first, you should always expect cyclists in unexpected areas; never assume that, because cyclists may be uncommon, you do not have to consider the idea of sharing the road. This means, as a driver, you should be checking your mirrors regularly, particularly before turning. If you check your mirrors correctly, you may also notice that more often than not a cyclist can often appear to the left of your vehicle. Accidents often occur where a cyclist comes up to your left as you are turning left and they wish to go straight on. Always remain vigilant, even on the routes that you do every day and know like the back of your hand.

You must ensure you are giving as much room as you possibly can when overtaking a cyclist. As per The Highway Code Rule 163, you should be one full car’s width away. The width allows the cyclist to freely move if there is a drain, debris or pothole in the way.

When overtaking you should also take into consideration the width of the road, if you can see the road is narrowing ahead do not try and overtake the cyclist, you do not know how fast they could be travelling and may, in fact, push them off the road.

TIPS FOR DRIVERS SHARING THE ROADS WITH CYCLISTS

Although you may have experience driving alongside cyclists, it is always recommended to refresh your memory on ways that you could become an even safer driver. Here are our top tips for drivers sharing the roads with cyclists:

You would be surprised at how high a speed a cyclist can reach. If they are a regular cyclist and have a high-quality bike, they often reach speeds higher than 20mph. As a driver, you must always aim to judge their approaching speed carefully before you decide to pull out.

Parking can sometimes become a lot trickier than you had first anticipated. How many of you can honestly say that you keep an eye out for cyclists when parking?

Not only should you be regularly checking your exterior mirrors when parking, but also behind you and in your blind spots; this is called a 360 observation and is particularly vital when reversing. Mirrors are incredibly important no matter what; it is your only indication of what is happening around you, and if left unmaintained, could even lead to a failure in your MOT in Milton Keynes.

Another point to keep in mind when parking is opening your doors. Have you ever seen the old comic strips where a driver opens the door and sends a cyclist flying? Well, although it is uncommon, it can happen, so be sure to check your surroundings before opening your door.

Roundabouts work in a way that keeps the flow of traffic moving. You should always give way to vehicles on the right of you; this also includes cyclists. Many people assume they are faster than a cyclist and will pull out onto the roundabout causing a potential hazard; do not fall into the trap of doing this.

Do not park in cycling lanes; they have been created as an allocated space for cyclists to use because using the main road in that particular area may prove to be unsafe. Parking here forces cyclist to leave their assigned lane and instead, use main roads, running the risk of a severe accident.

Not only is parking in a cycling lane increasingly unsafe, but it is also against the law. Rule 140 of The Highway Code states that you are not permitted to park, nor drive on a cycling lane. If found guilty of this offence, you may receive points on your licence and a £30 fine. 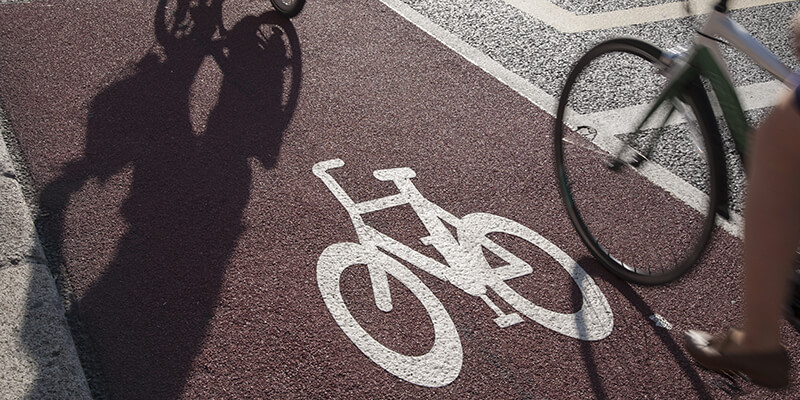 Littering should never be an option, whether you are in the car or on foot, however, it is still causing a problem every day in the UK. Many drivers assume that if they throw litter from their vehicle, they cannot be caught nor face the consequences. However, using speed cameras and undercover officers, both drivers and passengers can be fined up to £150.

Although it is often unconsidered, litter causes many road hazards to cyclists and motorcyclists. Not only could throwing litter easily hit an approaching cyclist and cause them to be thrown off course, but also having to swerve litter risks moving too close to traffic, the curb or surrounding trees and hedges.

Country roads can be dangerous in themselves, so it’s imperative you are more cautious of potential cyclists, motorcyclists or horse riders. Many will ride in clusters, so approaching too fast may mean that you’re unable to brake in time.

DRIVING IN THE DARK:

As the evening draws in and the sun sets, it begins to become increasingly harder to see cyclists, particularly if you are driving at speed. Cyclists should wear reflective clothing and add high-visibility accessories to their bike; however many do not. While this is no one but their own responsibility, you should still actively remain aware of cyclists who may be sharing the road around you. 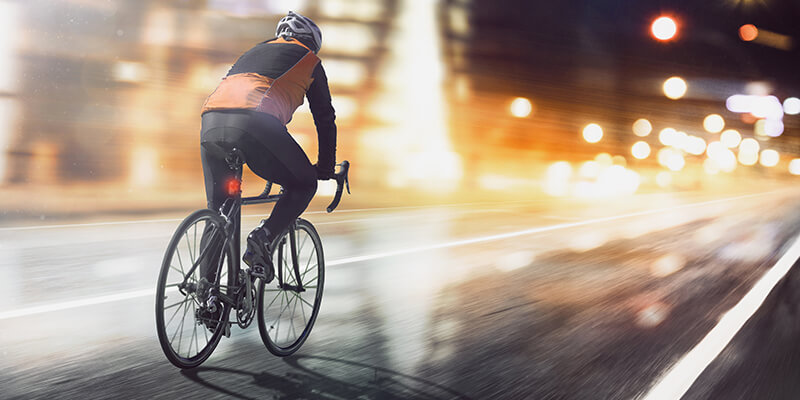 Black smoke continuously seeping from your exhaust is unsafe no matter the situation; it is a prominent indication that your engine is burning too much fuel and it needs to be resolved professionally. Not only does black smoke make your vehicle unsafe to drive, but it can also significantly block the view of cyclists.

If you believe there is a problem with your exhaust we highly recommend taking your vehicle to a car servicing in Milton Keynes.

WHAT SHOULD I DO IF I’M A CYCLIST?

Cyclists need to ensure they are taking into consideration the driver’s blind spots; it is often safer for you to hang back than pass a larger vehicle. Similarly to drivers, you also need to pay attention to your surroundings and only act when you feel as if you are entirely sure that you are not risking becoming too close to a vehicle.

You should always cycle with assertiveness, do not ride too close to the curb as you could cause yourself an injury. If you believe the road to be too narrow for both you and a vehicle, rather than riding to the side of the road, cycle in the middle of the lane. By doing so, you are preventing any car from overtaking you dangerously or being blocked by blind spots. 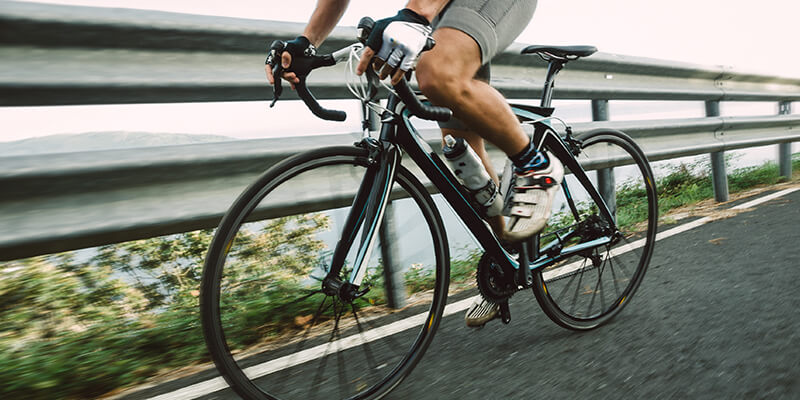 Make sure you use appropriate hand signals. Unfortunately, bikes do not have indicators, and it can sometimes be unclear to other road users what direction you are travelling in, and what your next set of actions are going to be. Make sure if you are travelling during the night, you use reflective clothing as well as lights on your bike, you can be fined up to £30 for not doing so.

Traffic lights can often cause tricky situations between drivers and cyclists. As a cyclist, you should treat traffic lights just as you would do so when driving a vehicle and wait until the signal turns green. Always stop at a red traffic light behind the car, so that they can see you in both their interior mirror and rear window, never to the right-hand side.

In some cases, especially when cycling through a residential area or town centre, you may have to overtake parked cars or other obstructions. If you are faced with this situation, you must ensure that you look behind you to check that there is not a vehicle moving into the path you plan to ride into. Spend time in a quiet area practising keeping in a straight line while looking behind you.

In a residential area or busy town centre, you may be tempted to swerve in and out of parked cars; always avoid this. Constantly dipping in and out of the road will make it considerably harder for drivers to spot you and it will be harder for them to slow down in time for you to pass.

For more information on remaining safe on the roads as a cyclist, head over to Bicycle Safe.

STAY SAFE ON THE ROADS!

Through remaining vigilant and taking extra safety precautions, it becomes easy for drivers, cyclists and motorcyclists all to share the roads together problem-free. We hope that our tips have helped to make drivers and cyclists feel more comfortable and confident. If so, why not share on social media?

When Is The Best Time To Buy Insurance?

Cars can be one of the most expensive investments that you make, with...

Although we will be closely monitoring the latest government updates,...

As a driver, it is likely that your car has been one of your most sign...

7 Reasons You Should Use An Independent VW Garage

Previous Post How can I make my first car last!
Next Post What To Do If A Mechanic Rips You Off