Free Call Back within 24 Hours

With many modern vehicles are now fitted with fuel-efficient GDI injection engines, a common problem that can affect them is carbon build-up. Carbon build-up occurs when breather systems that vent oil vapour back into the inlet manifold, mixes with micro-droplets of moisture. This then bakes into a hard soot-like compound inside the cylinder head inlet tract, and eventually within the inlet valves. Short journeys where the vehicle’s engine doesn’t have time to operate at its peak operating temperature can also contribute to this type of carbon build-up.

Over time, this carbon build-up can lead to a number of common problems; including engine misfires, cold start issues, hesitations and flat spots (for example, when you accelerate hard and the engine seems to ‘lag’) and fuelling problems. Luckily, our Walnut Blast Engine Carbon Cleaning can often easily resolve these issues.

We’ve found that the Walnut Blast Engine Carbon Cleaning process is usually the best method of eliminating troublesome carbon build-up. The process is as follows:

After Walnut Blast Carbon Cleaning, customers of Unit18 Automotive usually notice better fuel economy, increased power and a cleaner sounding engine. We recommend a full carbon clean every 60,000 miles in a GDI petrol equipped vehicle, such as all Volkswagen and Audi TFSI’s from 2004 to 2009, the TSI from 2009 to 2013, and also the earlier MK7/8V platform without the secondary injectors. 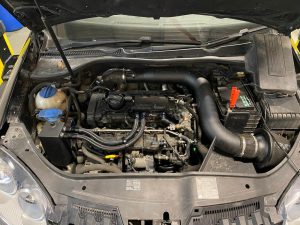 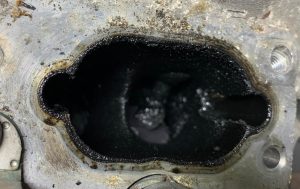 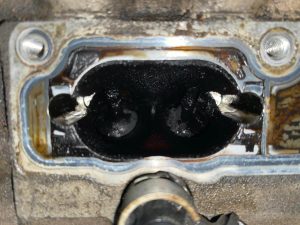 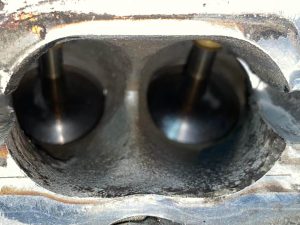 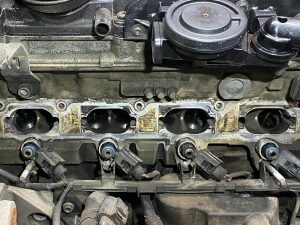 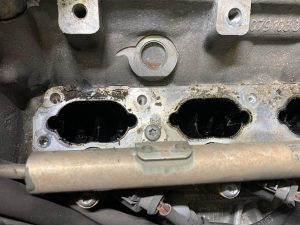 "I booked my car in for a Carbon Cleaning with Unit18; it wasn’t running as efficiently as it could have been, and I wasn’t too sure what was causing it. After taking it in, the car is now performing much better than before. I highly recommend booking in! "